Bitmaster is a dynamic and colorful shooter, in which you, the Hero, are trying to escape the growing hell of your planet and to break the Fourth Wall.

Bitmaster is a singleplayer arena, where you need to destroy the enemies and collect power-ups to improve weapons. Its design and gameplay was inspired by such games as Geometry Wars, Crimson Land and Satellite Reign. The game has 5 unlockable heroes, 20 types of enemies, 5 bosses and a lot of factors that may cause troubles... or make the game easier.

Bitmaster 3 is a big leap since version 2, and it features lots of improvements, such as:

Aside from technical improvements, the game is not endless anymore and has a plot and a clear goal :D

If you face any problems while launching a game on Linux platform, please report it here! Don't forget to describe the issue (screenshots would be great) and specify your OS name and version. Compiling for Linux is something new for us but we will try to fix it if something is broken.

If you have any issues launching the game, try installing additional libraries (UE4PrereqSetup_x64.exe or x32, based on your system), which is placed in GameDir\Engine\Extras\Redist\en-us.

Where's the game on here ? I see no download link.

I just activated my Groupees key :)

Hey, I can no longer sell on itch.io due to all that political bullshit between Russian and the rest of the world, thus all payments are disabled on my whole account, with free products available as is and paid ones having no downloads. I’ve also been distributing this game through a publisher, so I don’t know details about Groupees bundles. Don’t you also have a Steam key??

I haven't been on Groupees for a while.

I was just checking some of my old unredeemed Groupees keys .

I think Groupees are having problems too because of the war.

Anyway ,no big deal ,thanks !

alright, Bitmaster . after having all the recordings done and playing it for about 8+ hours possibly more because i also did a lot of i guess practice runs vefore actually recording stuff i decided to leave this comment here before i finalize the video :)

after playing for that long i realized that the entire game is simply a battle between the player and the RNG. simple because of the existence of two debuffs and one buff that can screw you over it is always simply a matter of time before you get defeated regardless on how skilled you are at dodging everything. the shield may as well not exist because no matter how hard you try to preserve it the RNG will always just drain it.

Drain shield, No shield regen and Drain HP+shield will leave simply nullify your shield to mere non existence despite all your efforts to dodge everything. oh! and dont get me started with the HP.

since the shield is non-existent most of the time your HP is now exposed ... well thanks to the the fact that global debuffs and local debuffs ( per map quadrant ) can also screw you over by having either of those negative debuffs plus the drain HP debuff you will lose most of your HP from those debuffs alone meaning no matter how hard you try to dodge you will inevitably die regardless turning any run i do into a luck based game.

so after nullifying your shield and having the game take away a good chunk of your HP because it feels like it how do you recover it? you pickup health kits that heal a pitiful amount compared to how much the RNG debuffs alone can screw you over and since they take up a possible upgrade pickup on your weapon you end up missing a potential upgrade on your weapons that you WILL need on RNG boss rights.

i mentioned one buff that's actually a nightmare and yes that's the speedbuff. given how you basically control a person who is constantly sliding and you take damage from anything with your shield non-existent your only choice is to be very good at maneuvering and that requires tiny precise movements in order to aim easier and dodge more effectively.

thanks to the speedup now you get to slide some more making contact damage even more of a threat on top of the walls plotting to destroy you one way or another.

and finally the boss fights. i mentioned RNG boss fights because you get to fight a random boss monster after every 20+ waves and from there you get to have a chance on obtaining crystals that can help unlock more characters.

since you are pitted against a random boss monster you neeed to learn their patterns ASAP or else you waste an approximately 20 minutes trying to get there in the first place and the boss fights are just tedious.

from what i can tell the random debuffs are there to change the pacing of the game and to keep you moving but if the global debuff alone drains your HP because the game feels like it then you either rush that entire wave and kill all the enemies OR wish that the Healing boost you were saving for this very moment will heal enough to mitigate that unavoidable damage.

you need 15 crystals to even get a chance to unlock the other characters but to be honest i am not even going to bother.

sure if i spend more time i can get even better at dodging but if 90% of mt runs were merely screwed by RNG global debuffs then no thanks. i feel like more balancing is needed and i am still looking forward on how this game will evolve .

i will mention the aesthetics last because that's probably the best thing about the game and to be honest that at least kept me going back for more.

i love the animations, enemy variations, and most importantly the entire map itself. i'll work on the video now and i hope this feedback was good enough :)

Hello :) just purchased it :D and looking forward for you to releasing it on steam <3 . also is it okay if i record some gameplay for the game and put it on my channel :) . i will leave links on the description and annotations on the video that points to this itch.io page .... i really wanted to send this as a private message but i dont know how lol ( still new here ) .

You are very welcome to make gameplay recordings and even to place them here :)

Actually there is no PM on itch.io yet, but many developers (like me) put contact information on their profile pages.

The game looks interesting. Is there a Linux version incoming, or at the very least is the current Windows version supported on Wine? I will not be able to access a Windows PC for quite a while.

Hi, I can't tell if the game is playable on Wine (just because there are no spare computers for Linux), but I hope there will be linux packages in near future. I'm still trying to make the linux toolchain work, but it turned to be harder than I thought.

You can subscribe to my profile to be notified of any future game updates.

In the meantime, I could try running the x32 executable later on with Wine. Perhaps it's going to be great enough on it. Thanks for the response!

Good news: I've compiled my Afterlight game for linux! If everything goes well on other machines (I saw only scary bugs on my VM, but my friend told it's all okay), I will do the same for Bitmaster \( ' o ' )/

Oh, on the Wine status update, I tried Bitmaster. Wine demanded the Visual C++ 2015 Runtime, but it doesn't install it for some reason (the window disappears without any kind of progress bars left behind, and the terminal claims there is an error of sorts). Trying to install the UE4 prerequisites also end in vain with an error.

However, the game's installer worked fine (even if it took some time to install). This was all with the 32-bit installer. Can't wait to see the Linux version!

Btw I plan an update with bosses, new guns and more fun =) hope it will be done in one-two weeks 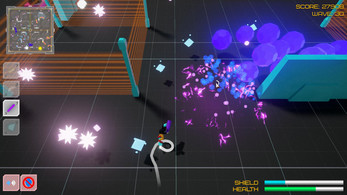 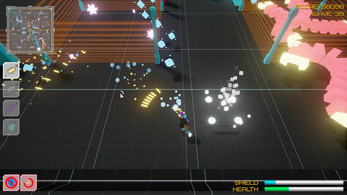 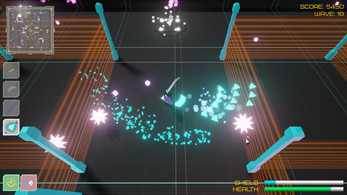 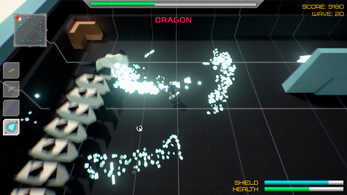 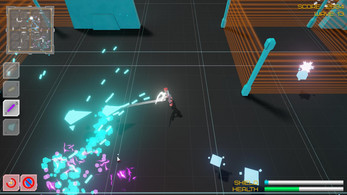 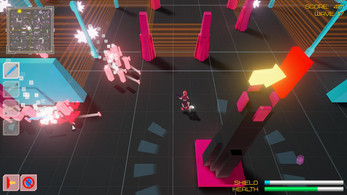